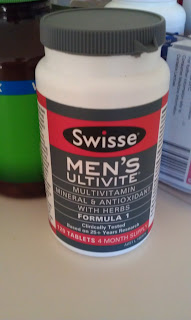 My mother purchase Swisse Men's Ultivite  multivitamins for me. These vitamins have a reputation of being high quality but expensive. It's difficult to truly know the quality of a multivitamin. My experience so far with these vitamins is that the shape of the tablets make them hard to swallow and they smell really bad.

Posted by Richard Supez at 10:44 AM No comments: 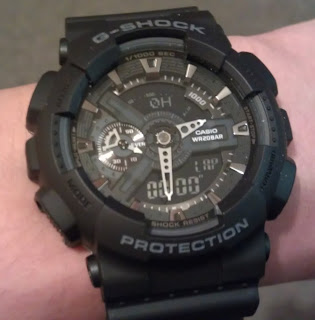 The straps on my old watch broke and therefore for a while I had no watch. I didn't think a watch was necessary since I just read the time off the mobile phone. I put the old watch in the shower, thereby allowing me to see what the time was while showering in the morning (which prevents me from being late to work).

Today my mother purchased me a Casio G-Shock watch, so I'm very grateful. I am right now going through the manual to work out all the features. I am up to the  stopwatch.

Posted by Richard Supez at 2:38 PM No comments:

The article below in the Guardian describes scientific advances in lab grown meat. In the future, we may be eating meat grown in Petri dishes in laboratories. This advance is exciting as the impact this will have on reducing animal suffering will be immense. What is needed is a fund that raises enough capital to mass produce and market this fake meat once the technology has been perfected. If consumers are faced with similar meat but the fake meat is considerably cheaper, this may divert consumer demand considerably and improve the welfare of animals.

Posted by Richard Supez at 6:45 PM No comments:

Google Nexus 7 - An Early Christmas Present for Myself

I have recently splashed out online on a Google Nexus 7 tablet for $240 from Kogan. I may need to pay for expensive dential surgery in the future, so I need to start saving money, which means that this Christmas period I will not be going anywhere but will stay home. I need to keep myself occupied while I'm at home. I figure the Nexus 7 will keep me occupied with ebooks, games, web browsing, and so forth, and that will distract me from going out of the house and spending money on movies, holidays, etc. Some people claim that ebooks and games cost money, but there are plenty of free ebooks on the internet if you’re willing to read classics whose copyrights have expired, and there is a huge supply of good free games on the Google Play store. It looks like cheap entertainment to me.

Can Rich People Go to Heaven?

"It is easier for a camel to go through the eye of a needle, than for a rich man to enter into the kingdom of God." ~Matthew 19:24

This line from the Bible suggests that it is very difficult for a rich person to get into heaven but it is not impossible. Why would this be? One reason may be that a rich man (or woman) may believe he is self-reliant and therefore does not need God. Another may be related to how the man became rich in the first place, whether it is through theft, corruption, deceit, etc. It is possible to earn great wealth honestly but it doesn't take a genius to know that much wealth is acquired dishonestly.

I personally find that handling or thinking about money is very stressful and can consume you. Money brings about a lot of different emotions, from greed to lust to covetousness and even to anxiety and worry.

Posted by Richard Supez at 9:29 AM No comments:

I have made an impulse purchased at Officeworks to buy a USB flash drive. It was only about $12 and the main feature that attracted me to this flash disk was the fact that it can easily clip on to your keychain. This means I can carry a USB stick with me everywhere I go without thinking about it. It is perfect when I am at work and suddenly feel the need to bring some files home (encrypted, of course). I also love how it's so shiny and metallic. 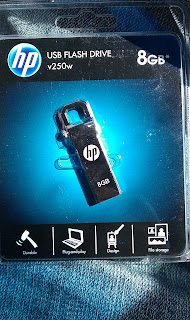 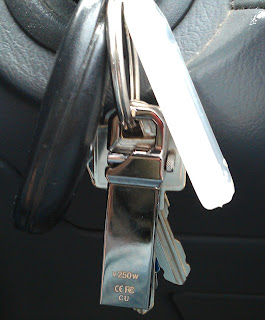 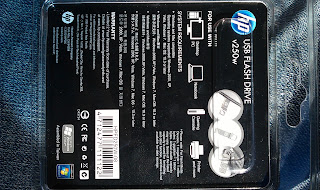 Posted by Richard Supez at 11:50 AM No comments:

A few days ago, Google released the Nexus 4 smartphone and the Nexus 10 tablet. These can simply be purchased online via Google (just click on "Play").

The Google Nexus 4 is now made by LG and has a quad-core processor, a 4.7 inch screen, 2 GB of RAM, 2100 mAh of battery capacity, and a 320 ppi screen. If these numbers mean nothing to you, the bottom line is that this phone is brilliant. It is fast, powerful, and the display is excellent. Compared to, say, the Apple iPhone 5 made by Hon Hai Precision Industries, the Nexus 4 is about two times better according to most performance metrics. For example, the iPhone 5 has a dual core-process, only 1 GB of RAM, a 4 inch screen, and 1440 mAh battery capacity. The iPhone 5 still continues to have excellent screen resolution at 326 ppi.

Why in the world would Apple create a clearly inferior phone and charge high amounts for it?

Apple's business model is completely different to Google's. Google wants as many people using its Android phone operating system as possible so that users will continue to use Google. This allows Google to make money from advertising. Apple's business model, however, is a traditional business model that focuses on keeping costs low by making sure hardware is cheap (hence the weaker hardware) but making sure demand is high through excellent marketing and reliance on brand loyalty.

Apple's brand loyalty is such that it can get away with taking a mediocre product, slapping an aluminium case with a shiny Apple logo on the back, and double the price.