The Problem with Paleo: Natural Food is Not Healthy

Friends have been trying to convince me to go on a paleo diet, which effectively is the idea that you should eat natural food that cavemen would normally have eaten. This means you eat things that you may have picked off a plant, e.g. nuts. It also includes minimally cooked grass-fed meat.

The problem with this idea is that this is a fantasy. Clean food untouched by mankind is virtually impossible to find.

The world we live in today is nothing like the world our ancestors lived in. Today our oceans and farmland are all contaminated with heavy metals. There is mercury in your fish and there is arsenic in your vegetables. The meat we eat is highly processed with growth hormones and antibiotics.

As such, processing food can be seen as a good thing because it allows food to be cleaned. It allows the toxic chemicals to be removed.

For example, rather than eat fish and get mercury poisoning, fish oil pills, which are highly processed, are often tested for mercury. Cavemen would not have taken fish oil pills, but I'd rather rely on a fish oil pill for my omega 3 fatty acid than rely on fish. This is because the processing removes toxic mercury.
Posted by Richard Supez at 11:06 AM No comments:

I have a strange vegan diet in that when I spend my own money, I tend to buy vegan products. However, if other people offer me meat, I feel it is too rude to turn it down, so I eat it anyway. This issue came up when I was recently at a New Years barbecue that served only meat.

My vegan diet is quite simple. When I eat out, there is usually a vegetarian or vegan option, so I choose that. Today I ate out at an Indian restaurant and had a number of vegetarian options.

Before I got serious about being a vegan, I went to the gym and found myself trying to get protein from meat, milk, and whey. But now I simply replace all this with a vegan protein powder.

I have tried the Coles brand rice milk, which is cheaper at $2 per litre. However, rice milk has a sugar content similar to that of cows milk. Rice milk also doesn't taste nice.

Soy milk is even cheaper than rice milk, around $1.50 per litre, but soy does not taste as good as almonds, and soy is a very controversial plant that is thought to disrupt hormones. The science on this is very fuzzy. There are thousands of medical studies that show soy is harmful, but there are also thousands of medical studies that show soy is harmless. It is sad that science is not free from corruption, but we need to do the best we can in this imperfect world. I drink soy milk whenever I order a coffee, but otherwise I avoid it. 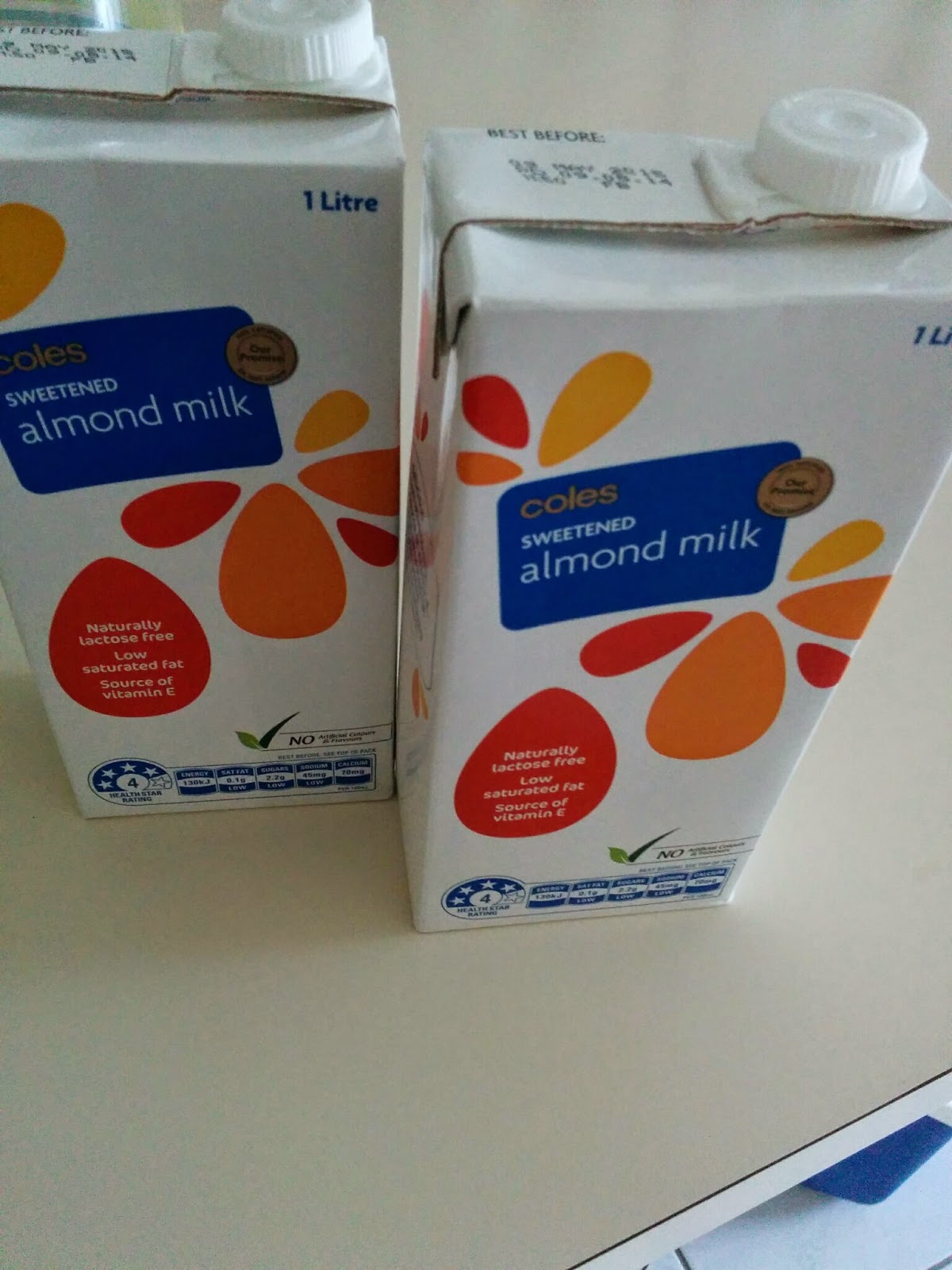 Posted by Richard Supez at 3:57 PM No comments: