Is fashion important? Yes and no

I used to not care about fashion. I would just wear whatever was in the wardrobe, and some of what I wore was not pleasant. My friend gave me some constructive criticism and persuaded me to buy some expensive fashionable clothing. I purchased jeans for $200 and shirts for $150. I noticed that many people seemed to treat me with more respect and complimented me on my looks. However, I did some experimentation. I went to Target and purchased $25 jeans and $30 shirts and found that people still seemed to react positively and gave compliments. And looking in the mirror, I do find that the cheap clothes do look good.

So the main lesson from all this is that, yes, people are superficial and will judge you based on your appearance, but throwing more and more money into fashion has diminishing returns. Your average person can tell if you are wearing 10-year-old rags, but if you get cheap clothes that match the latest fashion fads, most people are satisfied. Only fashion-obsessed people will judge you negatively, but shelling out hundreds of dollars on an item of clothing just to pander to these people, in my opinion, fails the cost-benefit test.

When keep up with modern fashion, I tend to just copy what the average person is wearing and I tend to go for the cheapest of whatever it is I am looking for. As always, I believe it is best to do a Google search of something before you buy it so you don't get ripped off.

Posted by Richard Supez at 8:41 PM No comments:

You don't always get what you pay for

When people overpay for something, they tend to rationalise their purchase. They say something along the lines of "you get what you pay for." I hate it when people say this. More often than not, you don't get what you pay for. Today my girlfriend gave me that line, saying things like how expensive clothes last longer because the fabric was better. I asked her what fabric was in the shirt and she didn't know. She mysteriously knew it was better fabric and that it would last longer.

To hit home the idea that you don't always get what you pay for, I used wristwatches as an example. There is no product category with as much vulgar brand snobbery as horology. You can buy an electronic Casio watch for $200 or you can buy a Patek Phillipe for $200,000, and the Casio is better built, more accurate, has a stopwatch, an alarm, and is waterproof and shockproof whereas the Patek Phillipe is none of these things. The reason why the Patek Phillipe is expensive is because of the brand and the history and the fact that it is handmade. If you really believe you get what you pay for, you would purchase a $200,000 watch rather than a $200 watch or just look at your phone for the time.

My main point is that spending more money for something doesn't mean that it's better for you to buy it because a product may be priced high not for features that you care about but to cater to snobs.

Posted by Richard Supez at 6:37 PM No comments:

How retailers are ripping you off

I have just spent the last half day with my girlfriend. We had lunch and afterwards she dragged me to go shopping because it is the day after Boxing Day and therefore there were still many products with huge discounts, e.g. 50% off. I am wary of these percentage discounts because a product that is $200 with a 50% discount is still a rip off if the market value of the product is, say, only $10.

To prove my point, I walked around and found a Samsung Galaxy S4 Mini selling for about $400. It has had 40% off to bring the price down to $400. This is supposedly good because normally the price is higher. However, I whipped out my smartphone, did a Google search, and found the exact phone for sale from Kogan for only $350. Even with the 40% discount, the product was overpriced.

The lesson here is that a percentage discount means nothing. You should do a Google search of anything before you buy it. 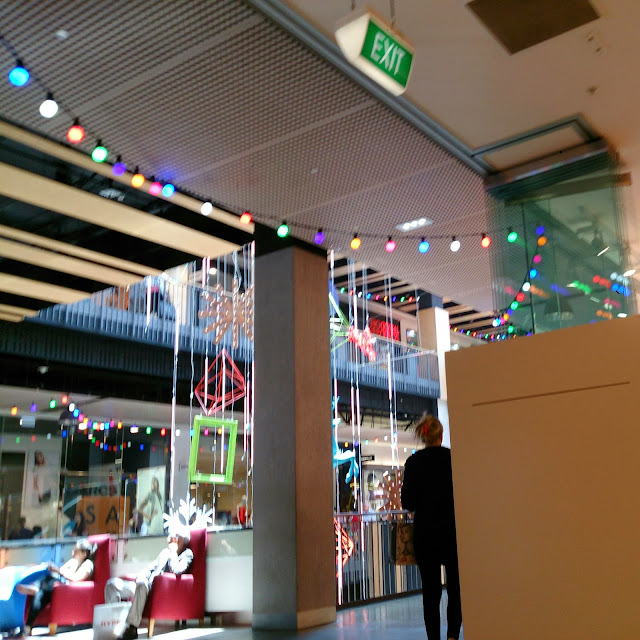 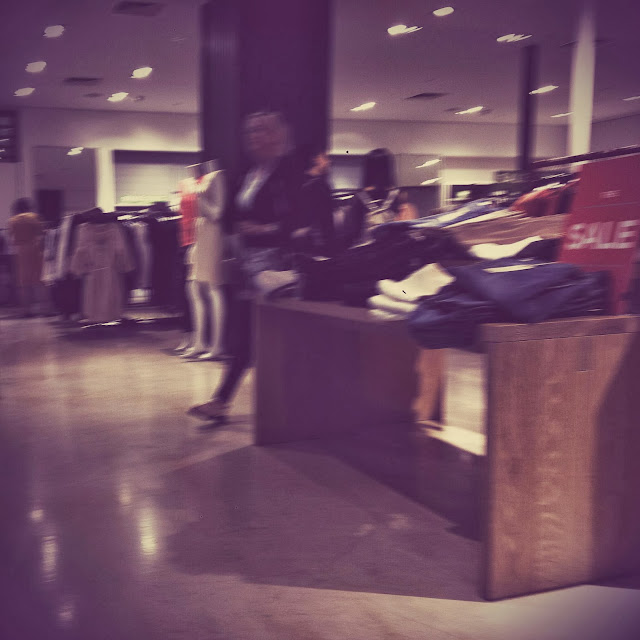 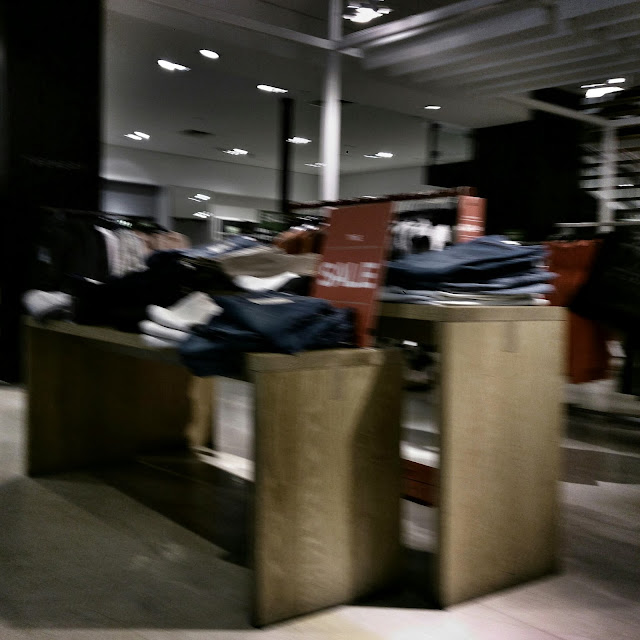 Posted by Richard Supez at 6:19 PM No comments:

Purchased black shoes recently to wear with my jeans and realised thst the contrast between black shoes and blue jeans looks weird. Luckily I have black jeans that I will wear with this shoes from now on. 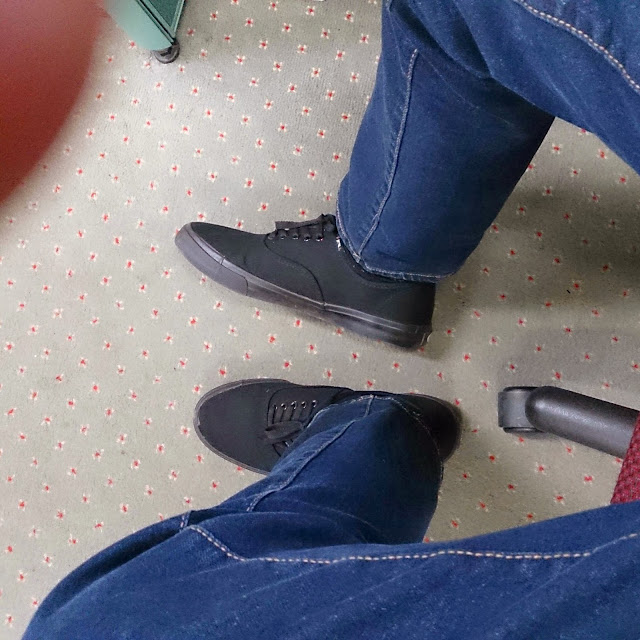 Posted by Richard Supez at 10:16 AM No comments:

Why is Quickflix not on Google Play?

I have a Quickflix subscription and was going to stream Quickflix movies on my Android TV, but then I looked through Quickflix's devices and it looks like the Quickflix app is available on every single app store other than Google Play. Now I will have to keep borrowing DVDs from them. I'm tempted to just cancel my subscription and just stream over Google Play Movies. The only thing stopping me from streaming is the fact that DVDs from Quickflix are about $3 per movie, which is cheaper than most streaming movies from Google. Quickflix should understand that because Android runs on 80% of all smartphones and 55% of all tablets, they are missing out on a large number of customers by ignoring Android.
Posted by Richard Supez at 4:45 PM No comments:

I purchased this tablet from Kogan for $120 when it was available. It was quickly sold out afterwards. I purchased it for my mother. The Antutu benchmarks show that this tablet is quite fast. Not as fast as the Galaxy Note 3 but about the same as the Nexus 4. It is interesting to note that the Kogan dual core tablets are much faster than the Kogan dual core smartphones (the Kogan Agora 5) even though both are advertised as dual core. It's not just the number of cores that matter but the quality of those cores. 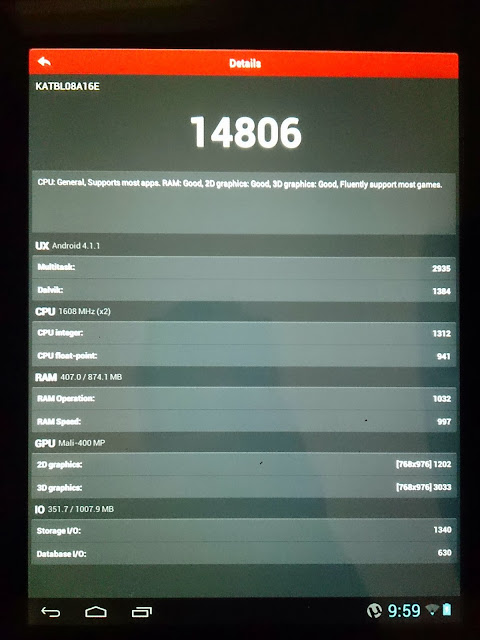 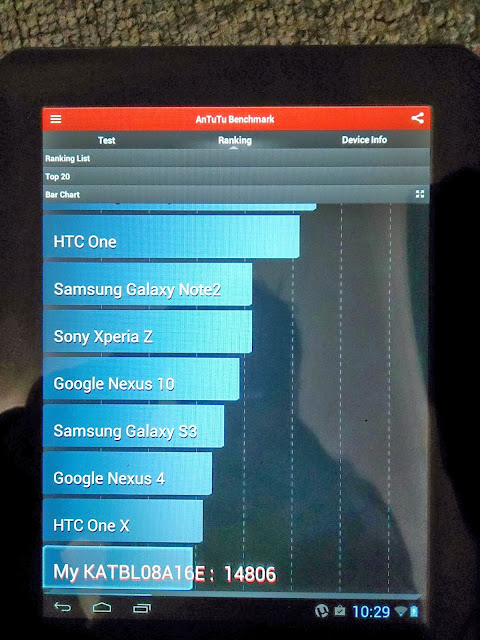 Posted by Richard Supez at 10:32 AM No comments:

Posture when using smartphones or tablets

When using a smartphone or tablet, do not lay it down almost horizontally and therefore bend your neck forward to look down at the device. Rather, place the device almost vertically in front of you so that the back of the device is visible to others. This puts less strain in your back. It is better to use a device that it small and lightweight like a smartphone rather than a tablet. 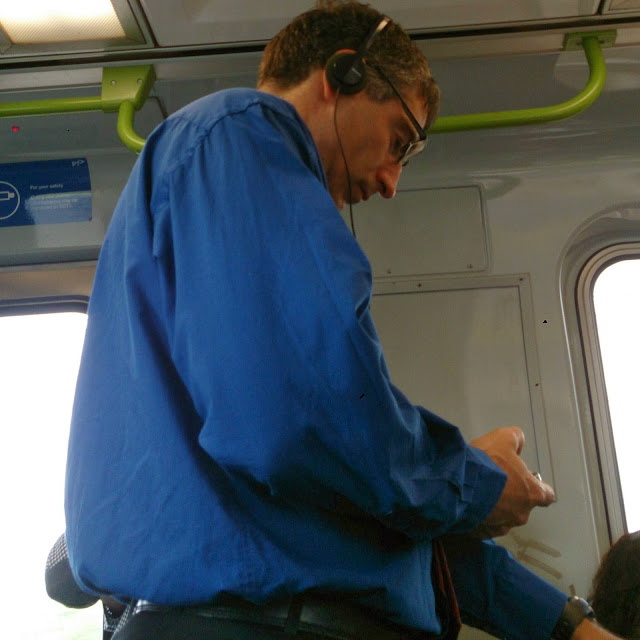 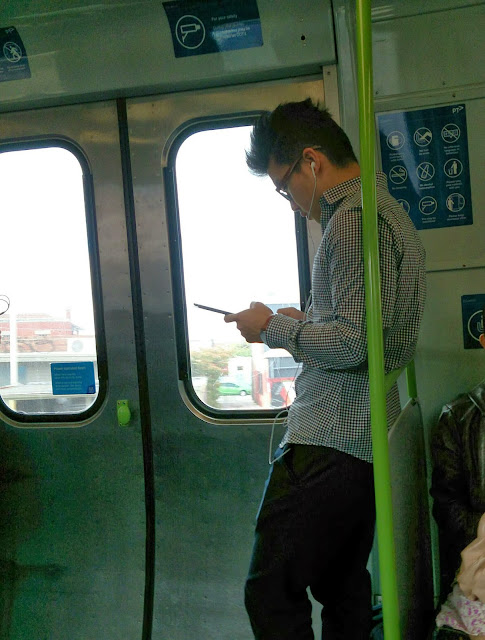 Posted by Richard Supez at 8:44 AM No comments:

Time to stand up to the bullies

I was bullied when I was a child, and as an adult, I regret not standing up for myself. I've been thinking. Even today, when I'm about to turn thirty, I am still bullied. Not physically but psychologically. I don't want to regret it when I am older. I need to stand up for myself right now.

I've achieved my career and financial goals in my twenties. My thirties will be devoted to better health and psychological and social maturity. 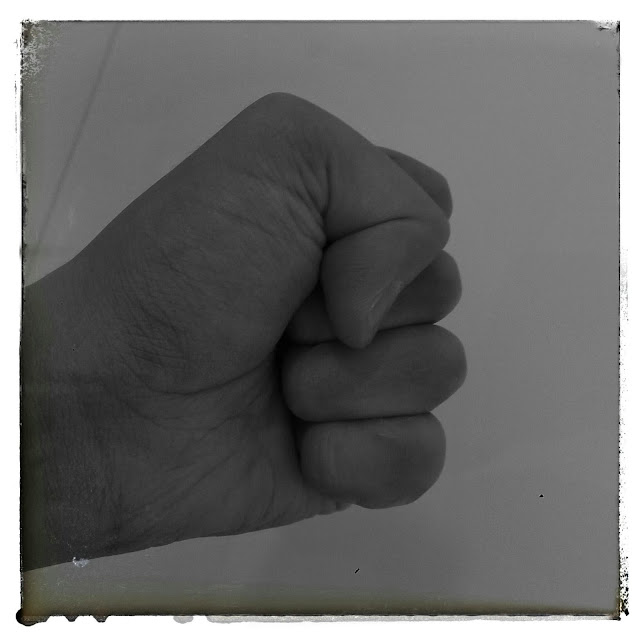 Posted by Richard Supez at 10:00 AM No comments:

We spend a lot of time on our phones, and I am guilty of that as well, but I don't think spending time on the phone is as bad as people make it out to be.

A common complaint I hear is about Facebook. Tech novices typically say something along the lines of "Why do people share things or send messages in Facebook? Haven't they heard of picking up the phone and talking to people?" Firstly, a Facebook message is cheap for most people as it uses negligible internet data and most phone plans have free social networking (including mine, Amaysim) compared to the phone call which costs most. Economically it makes sense to use Facebook to communicate.

Then there is the argument that face to face communication is better. I agree. When you are face to face with someone, you can see, touch, smell, and do things with them right there. Skype or Hangouts don't come close to physical interactions. However, my experience is that when I am more active on Facebook I also spend more time physically with people as well. Facebook does not replace physical interaction but complements it. It is easy yo understand why. Meeting up with some people is hard. Unless you see then often because you live in the same house or you work together, you have do a lot to meet with them physically, such as getting dressed, driving, and taking public transport. Often you just cannot be bothered and the friendship dies. However, Facebook lowers the barriers. It allows you to communicate, share, and set up events easily. For those friends you don't see much, it allows you keep in touch and keeps them in your mind so that, if you do meet then physically, you don't feel like strangers. 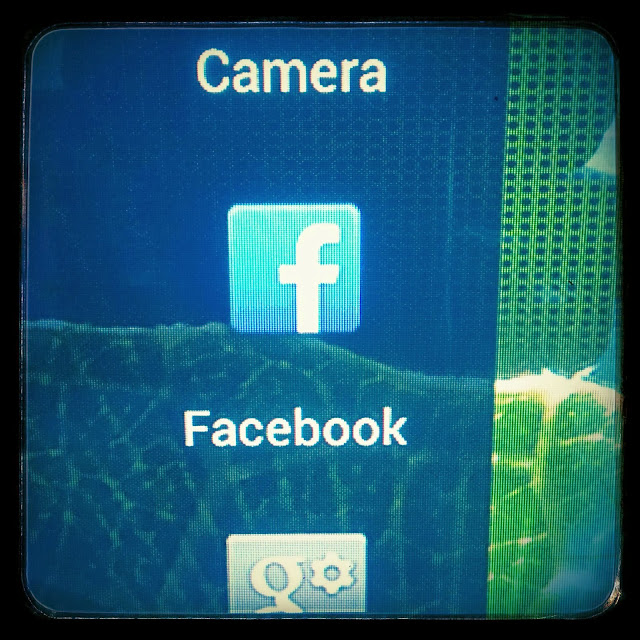 Posted by Richard Supez at 7:51 AM No comments: