Financial Independence via a Childfree Lifestyle

Something I find unusual is that many people are horrified by the idea of achieving financial independence by not having kids, even though not having a child will save you hundreds of thousands or even millions of dollars over your life.

Instead, when most people give financial advice, they focus on little expenses such as skipping Starbucks, Netflix, or avocado toast. Anyone who drinks lattes, plays video games, etc are usually accused of wasting money on these activities. However, if someone doesn't have kids, they are spending significantly more money, yet such activities are not deemed wasteful.
Posted by Richard Supez at 12:45 AM No comments:

Posted by Richard Supez at 5:15 PM No comments:

Lying Flatism vs FIRE vs Strikes - Which is More Effective?

There has long been conflict among business and workers. Throughout history there have been conflicts among the business class and the working class.

One way that workers fight for their rights involves "labour strikes" or "strike action." Wikipedia defines "strike action" as follows: "Strike action, also called labor strike, labour strike, or simply strike, is a work stoppage, caused by the mass refusal of employees to work. A strike usually takes place in response to employee grievances. Strikes became common during the Industrial Revolution, when mass labor became important in factories and mines. In most countries, strike actions were quickly made illegal, as factory owners had far more power than workers. Most Western countries partially legalized striking in the late 19th or early 20th centuries."

Strikes have a major problem, which is somewhat addressed in the Wikipedia definition above, which is that many countries simply make striking illegal as businesses have a considerable amount of power. This is a problem in e.g. China.

Where striking is problematic, there are other options, one of which is the FIRE movement which emphasises hard work and frugal living initially with the aim of retiring early. Another is the "lying flat" movement, which doesn't focus on early retirement but focuses on doing the bare minimum. Both these movements seem to result in its adherents working less and consuming less, which deprives businesses of labour.

In China, the lying flat movement has been censored by the CCP who are desperately trying to suppress the movement. The elites do not seem to be as alarmed about the FIRE movement but there are many who think that it has the potential to harm the interests of the elites e.g. there was a recent post on Reddit about how FIRE can result in the end of Western civilization because people won't have enough children to become the workers of tomorrow.
One of the challenges of unionisation or protesting is knowing whether your fellow workers will support you in your endeavours. You may unionise or protest or go on strike, but you may be the only one who goes on strike while your fellow workers rush to suck up to the boss. Unionisation, striking, or protesting relies on self-sacrifice.
On the other hand, lying flat or FIRE focuses not on self-sacrifice but on personal benefits e.g. escaping the rat race. By lying flat, you live a stress free life while your colleagues slave themselves away. By retiring early via FIRE, you can retire in your 30s or 40s and relax by the beach while your colleagues slave away in the office or factory. When others see that lying flat or FIRE works, they may follow you, and once more and more people lie flat or FIRE, there will be labour shortages and businesses will then need to increase wages or offer better terms.
Posted by Richard Supez at 9:42 PM No comments:

One of the biggest fears many have about getting a Tesla or any EV is battery replacement. This has become mainstream knowledge now that a Tesla owner in Finland has blown up his Model S after being charged $22k for a replacement battery. Many people make the argument that EV batteries will die after 10 years because of battery failure whereas an ICE car, if maintained well, can last almost forever.

However, an argument can be made that the lower running costs of EVs will over time make up for the battery replacement costs. Nevertheless, people have a tendency to fear large and sudden bills. No one likes to open a letter only to receive a $20k+ bill.

What Tesla can do to address this is offer battery failure insurance. EV owners can pay a regular premium and, like all insurance, Tesla pools this money into a fund that invests in diversified stocks and bonds, and then as EV owners need to replacement their batteries, they bring it to Tesla who replaces the battery, and then Tesla takes money from the insurance fund to subsidise the costs of this battery replacement. A reasonable excess can be charged to ensure the EV owners try to get the most out of their battery before replacing it.

The main benefit of this battery replacement insurance is spreading the cost out and providing a clear counterargument against the FUD that battery failure will result in a $20k+ bill sent to you.
Posted by Richard Supez at 9:49 AM No comments:

The Problem with Traditional Conservative Women

I don't think there is anything "wrong" with traditional gender roles because I believe in cultural relativism, so what is right or wrong depends on who you ask.

That being said, I wouldn't recommend the traditional route for any woman. Basically my mother was traditional. She stayed at home and looked after me, was a housewife etc. Then my parents got divorced and my mother was left with very little. She had no skills or career. You could argue that what my dad did was horrible, but remember I am a cultural relativist, so right or wrong doesn't matter. The fact remains that being traditional made my mother financially dependent and vulnerable. Putting yourself in a position where you are dependent on others and at their mercy is just plain silly. It's like giving someone a dagger and locking yourself in a room with them.

My mother is doing fine now with some help from me, but she would be much better off if she had not been traditional and instead focused on her career and aimed to be independent.

Furthermore, I would never want to be with a traditional woman because I think it's quite lazy to want to be at home doing domestic duties. I'd prefer it if the woman contributes financially to the household.
Posted by Richard Supez at 5:18 PM No comments:

One of the arguments for getting a mortgage on a property is that it provides forced savings. The mortgage forces you to pay monthly.
Many financial experts recommend "pay yourself first" where money is automatically invested, which reduces the temptation to spend.

Basically it is very easy for the human mind to justify spending a lot, and so some degree of forced savings seems necessary, and also a quantitative focus on savings rather than qualitative one is more important as well to prevent self-rationalisation. If you have a quantitative goal like save 70% of your gross income and then implement it using forced savings then this is much more effective than some qualitative rule such as "spend on necessities rather then wants" or "spend on experiences rather than stuff" or "buy expensive stuff that lasts long rather than cheap stuff than doesn't last long" and so forth.
Posted by Richard Supez at 10:30 PM No comments:

Might Makes Right, Darwinism, and the Double Harm from Procreation

The argument for antinatalism is that having kids increases suffering. The world is filled with exploitation and suffering. The lion eats the antelope, humans eat meat, children are being raped, etc.

One argument given against antinatalism is that suffering is just nature, which I agree with, but this is more of an argument for antinatalism rather than against it. Suffering indeed is part of nature. Most suffering I think occurs due to exploitation. Life evolved to exploit others. When there is a mutation in a living being that increases its ability to exploit another weaker living being for personal gain, it increases the probability of survival, which means that this gene is more likely to be passed down. As such, exploitation is written in our DNA. Looking at it this way, the solution to reduce exploitation and suffering is to prevent DNA replication.

Is suffering objectively good or bad?

I'm not saying suffering is necessarily bad or good. I just personally dislike it. For example, if someone has a child, I would dislike it if he is raped by a paedophile, which could happen. Some people may argue that there is nothing wrong with a child suffering because he is being raped by a paedophile. That's just their preference. But because I dislike suffering, I think it's safer if living beings do not exist because existence is the catalyst for suffering.

Imagine if you have a child and he is raped and if the paedophile is an untouchable billionaire who then asks you to justify why the suffering of your child is bad. What would you say? This example illustrates how nature, Darwinism, and "might makes right" creates a world filled with suffering and exploitation. I would not want to bring a child into such a world.

I believe in cultural relativism. Morality depends on each individual and can change depending on who you ask. However, this is not an outcome I like. Think of the example I gave before. What if a very powerful politically connected billionaire rapes your child? There is nothing you can do because there is no objective morality and because "might makes right." So because "might makes right" and because there is no objective morality, any life exposed to this reality has to deal with these risks. If I don't have a child, he or she cannot be raped. He or she cannot grow up to become a rapist.

I do believe we live in a "dog eat dog" world, a hierarchy with the billionaires at the top exploiting the millionaires in the middle exploiting everyone else at the bottom. This is the nature of reality and the reality of nature.

The double harm from procreation

Another benefit of not having kids is that kids are expensive, which means that if you don't have kids, you become richer, which makes you more powerful, which makes you better off in a "might makes right" world. Because of the cost of having kids, you will literally become weaker by having kids because money is power. The less money you have, the more you will be exploited by those above you in the hierarchy.

When you have a child, you create yet another worker whom those at the top of the hierarchy can exploit, and because you have to pay so much money to look after your child, you yourself become less resilient to exploitation from those above you in the hierarchy, so there is a "double harm" from procreation. Your child starts from nothing and needs to work his way up the hierarchy and be exploited along the way while you drop many levels down the hierarchy because of the decrease in net worth associated with having a child.
Posted by Richard Supez at 12:45 PM No comments: 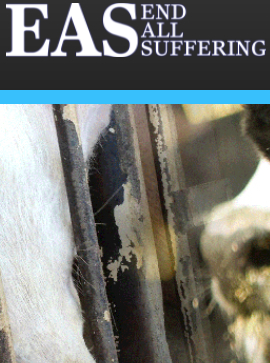