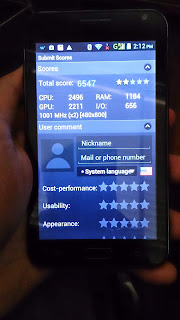 I purchased a Kogan Agora 5 dual-core smartphone from kogan.com.au about a week ago when Kogan was offering free shipping. This meant that I paid $149 for the phone rather than $169 for the phone with postage and shipping costs.

This is a 5-inch smartphone that I purchased for my mother for Mother's Day. Unfortunately, my mother used it for one day, found that it was too big to fit in her pocket, and went back to using her old Samsung Galaxy Y Duos. I therefore gave it to my father who gave it to his children (my siblings), and they use this phone as a portable gaming device.

In my opinion, this phone is excellent value. It is no Samsung Galaxy S4, but instead of paying A$700 for the GS4, you only pay A$149. The Agora 5's dual core processor allows it to be fast enough. The battery life is enough to last a day with 2000 mAh, which is decent. The display's pixel density is on the  low side at around 180 ppi, which is about equal to that of the iPad mini. The Agora 5's display is not anywhere as good as the full HD 1080p displays of the GS4, Sony Xperia Z, or HTC One (440 ppi to 470 ppi) but it is good enough. The colours on the Agora 5 appear washed out and lacks vibrancy. Nevertheless, these criticisms are not major and considering it is only A$149, it is forgiveable.

Today I performed an Antutu benchmark test on the Agora 5. It scored 6547 (see image above). This is definitely on the low side. The Kogan Agora 10 dual-core tablet scores 11505 on Antutu. I believe the main reason why the smartphone scores poorly on Antutu given it is dual-core is because it only has 0.5 GB RAM whereas the Agora tablet has 1 GB RAM.

That being said, my siblings like to carry the Agora smartphone around with them for portable gaming likely because it is portable and lightweight. The Agora tablet, on the other hand, like the iPad, is too heavy to simply carry around with you. Unlike the more expensive iPod touch, the Agora smartphone is faster, has a bigger screen, and can be used as a telephone, which I think makes the Agora a better gift for children.

Posted by Richard Supez at 6:29 PM No comments:

Everyone is talking about the Cleveland kidnappings. What happened is horrific, but people seem to be trying to blame this on American culture or police ineptitude. The reality is that kidnapping girls for use as sex slaves has occurred many times in multiple countries. For example, Marc Dutroux kidnapped and molested a girl in Europe. No doubt this sort of sick behaviour is happening in other countries and no doubt it is happening right now. We just haven't heard it yet. It is comforting to say that this is an American problem or the police are inept or some people are crazy and evil. The uncomfortable reality is that this happens everywhere. If concealed well, girls are easy to hide, and it is easy to get away with this sort of crime. Another uncomfortable truth that no one is mentioning is that dominating women sexually is very mainstream. Sexual slavery of girls is inevitable. It happens now and it will continue to happen.

So what can be done? It is one thing to criticize and despair. It is another thing to suggest a constructive solution. One answer is to empower girls.

Abuse happens when there is a gap in power. If there are two people in a room and each own a handgun each, there is no abuse. If one person has a gun and the other does not, there will be abuse. Girls need to be empowered. Of course, of all groups of people, girls are the most difficult to empower. It is hard to expect a small child to carry a rifle.

The current phone I am using is a Sony Xperia Z, which I really like. I purchased the phone for about $700 from Kogan, and about a month or so later I notice that it is selling on Kogan for about $550. I probably should have waited.
I will likely go travelling soon to Malaysia. When I go travelling, I don't want to bring my Xperia Z along because, when travelling, I will be throwing my phone around and treating it roughly. It will be crammed in suitcases and SIM cards will be taken in and out, and I may drop it or have it stolen. Instead of carrying around a $500 or $600 phone that is made of glass and that looks very premium, I'd rather bring along a cheap phone for travel.
That is why I purchased the Kogan Agora 5. It is only A$149, and every now and then Kogan has free shipping. Today is one of those days.
Before buying the phone, I've done some googling. I've checked YouTube videos. I've also checked the hardware specifications.
Based on my googling, I don't expect this phone to be as great as phones like the Xperia Z, HTC One, or Galaxy S4. But these high-end Androids cost about five times more.
What really attracts me to the Agora 5 is that it has a dual core processor, which is not typically of phones in this price bracket. A dual core processor is not in the same league as the quad core Xperia Z or HTC One or even the octocore GS4, but since a lot of software is only designed for single or dual core processors, having a dual core processor is often enough. Dual core puts the Kogan into the same league as the Apple iPhones, which are all dual core, (although the cores of the iPhone are not Cortex A9 processors).
The major problem with the Agora 5 is its poor display with its low resolution pixel density of 186ppi, which is about the same pixel density as the iPad mini's horrible display. This is terrible compared to the full HD 1080p displays currently out with pixel densities ranging from 440ppi to 470ppi. Nevertheless, I decided to buy the Agora anyway because 186ppi is not that bad. Low pixel density is bad for reading. It can hurt your eyes. I don't plan to read much while I travel. There is no point travelling if you're just going to read on your phone the whole time. You may as well stay home and read on your tablet. I plan to just do light emailing, Facebooking, and instant messaging when I connect to a hotel's WiFi. Therefore, I will read, but I won't read much. If I really want to pass time, I can play light games.
Another issue with the Agora 5 that I have read about is the camera. Although 5MP seemed adequate, I have read that the camera is horrible and that it does not produce realistic colours. I checked some sample pictures out and though that although it is not perfect, it didn't look that bad, and it certainly looked good enough. Many people are very picky about their phone cameras and are especially concerned about accurate colour reproduction, but in don't mind it too much if the phone goes crazy and makes the colours more vivid horns bit different. It livens upon boring images. I'll have to wait until I actually get the phone before I test there camera. I will put sample photos up.
When I am not travelling, I can use the phone as a backup phone, or if I find someone who still uses a dumbphone, I can offer the phone to them as a gift. I find that smartphones make excellent gifts. I gave my old HTC Desire HD to my grandma and a Samsung Galaxy Y Duos to my mother. These are cheap phones, but people tend to perceive smartphones as very expensive devices, which explains why companies like Apple and Samsung can get away with pricing their phones so high even though it cost them little to make. My prediction for them future is that as time goes by, consumers will understand what they are buying and will choose devices based on price and specs, which will result in competition that will cut margins and make it difficult for companies to make profits. It's already happened in television. In see it happening in phones. 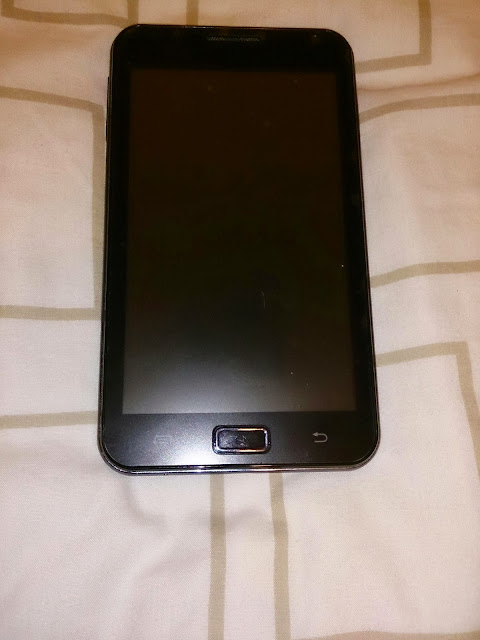 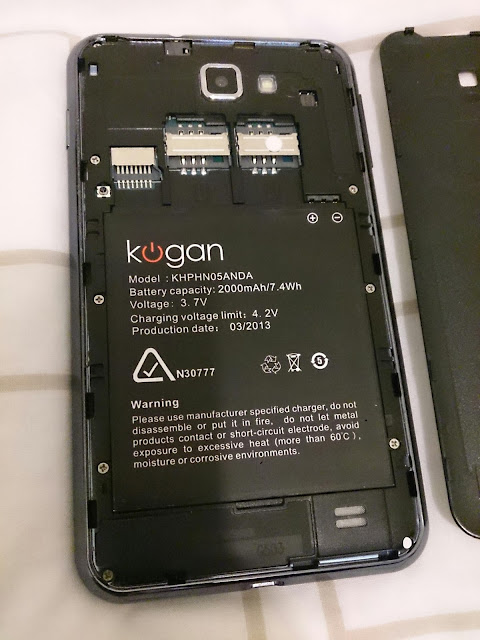 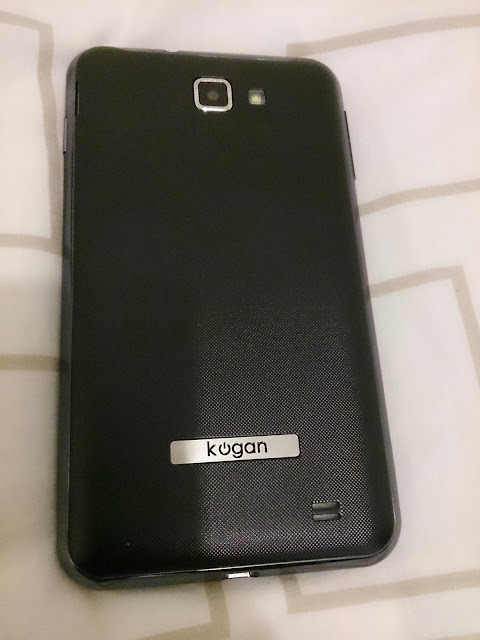 Posted by Richard Supez at 9:55 PM No comments: