I purchased a Sony Xperia Z1 Compact for my girlfriend. I was going to give it to her for her birthday. Unfortunately we broke up, so I decided to just start using the phone rather than use my Nexus 5. It was exciting to return to Sony. I love the appearance of the Z1 Compact. In fact, I love the appearance of all the Z phones from Sony. They look very sleek and elegant. They also look very symmetrical. The biggest problem with the  Z1 Compact is the screen size. Going from a bright and vibrant full HD 1080p five inch screen to an HD 720p 4.3 inch screen is a massive let down. More pixels matter. That being said, the small 720p screen on the Z1 Compact isn't bad. I found typing on a small keyboard to be much harder as well. I also miss stock Android, which just feels better than the Sony skin. These cons are quite small compared to pros of going with Sony. Firstly, I now have microSD support, so I have 16GB internal memory and a 32GB microSD card in there. This means I am not concerned about running out of space. My Nexus 5 only has 16GB internal memory and that is it.

Another advantage of the Sony phone is that it is waterproof. This means there is no fear of dropping it in water or getting rainwater on it.

One issue with the Sony phone is that it has no wireless charging. However, this is not as big a deal as I thought it would be because the battery life on the Sony is spectacular. Today I used the phone quite heavily and even though it is night now is the battery is half full. When I come home from work, the battery is often 75% full. Compare this to my Nexus 5 which would be dead by afternoon. This is why I must always charge the Nexus 5 at work. I have now taken my charger away from work because I am confident that I will not need it. The phone will last the whole day no matter how much I use it.

The reason why Sony's phone lasts so long I think is a combination of the small and low resolution screen as well as Sony's software that turns of apps and data when the phone is turned off. This means that when the phone is off, almost no power is being consumed. Most other phones would consume power even when the phone is on. Stuff would just run in the background. 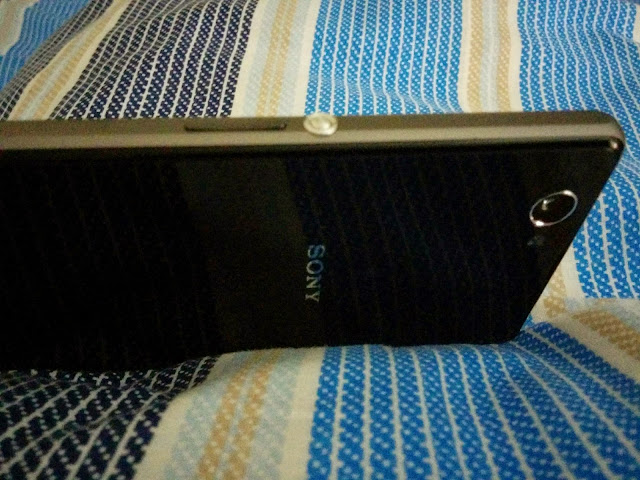 Posted by Richard Supez at 9:28 PM No comments: