Getting Tired of Sandwiches

I am so tired of bringing sandwiches to work. The problem is that when I eat the sandwiches at lunch, most of the components of the sandwich has already deteriorated. E.g. the salad is dry, the bread has become soggy, and the ham smells. The alternative is to eat at restaurants. The problem with this is that it often costs quite a lot to eat out and I feel guilty not saving money.

What I need is a simple-to-prepare lunch that is tasty and healthy. I am thinking of bringing to work sandwiches with Vegemite on them. I have heard that Vegemite has too much salt in it. However, the New Vegemite contains less salt and apparently it tastes better.
Posted by Norak at 9:22 PM No comments:

How to Reduce Taxes with Salary Sacrifice 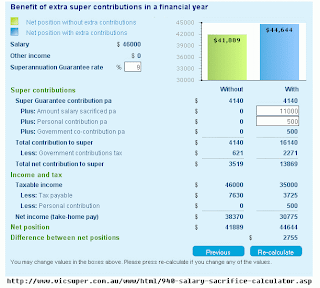 A great way to reduce your tax burden is to salary sacrifice into your superannuation fund. This is not for everyone because some people need to maintain high take-home pay to sustain their lifestyles. Money going into super is taxed at 15 per cent. Your income between $6,000 and $35,000 is taxed at 15 per cent. Hence it only makes sense to salary sacrifice into super once you earn over $35,000 and you're taxed at 30 per cent on each additional dollar.

There is a limit to salary sacrifice. Recent changes by the Rudd Government mean that the maximum you can salary sacrifice is $50,000. Once you earn over $85,000 then you will have to think up another way of reducing tax. One possible way is negative gearing. But we'll cross that bridge when we get to it.

Some people argue that salary sacrificing your money into superannuation is a bad idea because you reduce your take-home pay and your money in super is locked up till you at 65 years old. I believe that this is only a problem for me if I urgently need the money for something, e.g. if I were unemployed or if I needed money for medical treatment. However, if you are suffering from financial hardship, you can submit a form with APRA to take money from your super fund under compassionate grounds (see Super Rules That Will Save Your Mortgage). In fact, salary sacrificing into super is a better idea if you want to protect yourself against emergencies because the amount you save on taxes will allow you to save up more quickly. If you do need to access your super for emergencies, if you have salary sacrificed, you will be able to access more money because you have saved on taxes.

Another argument someone made to me was that you are better off sacrificing the extra tax and getting money in your hands because you may be able to invest the money better yourself than rely on your super fund to do it. For example, you may believe it is a better investment to buy an investment property. But this assumes that you cannot invest in property through superannuation. You can by setting up a self-managed super fund (SMSF). Putting money into super doesn't affect the assets you invest in. The main difference between money in super and outside super is the tax treatment.
Posted by Norak at 9:00 AM 1 comment:

Net Worth Report for July 2009 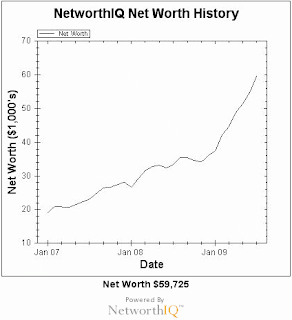 At the start of this year my net worth was about $35,000. That took many many years to save up mainly because before this year I have been studying and working in a part-time job and before that I worked casually. Add to that the global economic recession and you can see why my net worth grew very slowly for such a long time.

However, in just seven months, my net worth has almost doubled to a little under $60,000. There are two reasons for this: firstly, I have a full-time job; and secondly, the stock market has been booming since the start of this year.

The reason why I have a lot of faith in Australian public companies is because I believe that the finance and resource sectors are very important. Resources like iron ore, natural gas, and oil are essential inputs for just about any economic activity. Withholding oil from an economy is like withholding blood from a human body. The finance sector I think is also important because it coordinates the interests of borrowers and lenders. The finance sector insures that money flows around and that it ends up at the person who needs it most, e.g. to start up a business.

Ross Gittens wrote a piece in The Age called Why China is Thriving Despite the Downturn. In it he claims that the Chinese economy has decoupled. They no longer need to export to other countries because they have sufficient domestic demand. It does not matter if the US collapses because the Chinese can buy their own products. China is not fully developed yet, so much more economic growth needs to occur if living standard will be on par with that of, say, the US. As the Chinese thrive towards a higher living standard, they will need resources from Australia to build their buildings, their roads, etc.
Posted by Norak at 9:55 AM No comments:

I purchased a 2GB MP3 player from Overstock Outlet. I purchased a new MP3 player because the battery in my old one is starting to die out. I have noticed this because whenever I charge the player up to the max, the battery runs out with a normal day's use. When buying MP3 players, I think it is much better to get one that has an inbuilt rechargeable lithium-ion battery rather than one that is powered by AA or AAA batteries.

Like many products from Overstock Outlet, this product is very cheap. I have not tried the actual MP3 player, but in this post I want to complain about the earphones, which I think are very poor quality. The plastic coating around the earphone wire is too hard and after normal usage the plastic starts to tear (see image below). Note the image below depicts the new earphones attached to my old MP3 player. 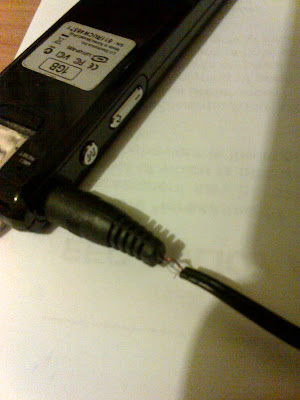 Buying Dumbbells Over the Internet 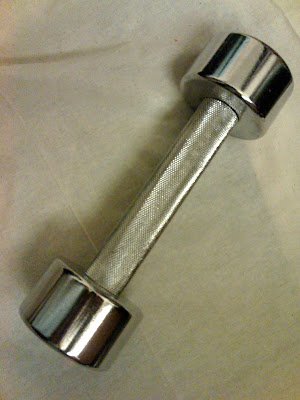 I have purchased a dumbbell set from Overstock Outlet. You get four dumbbells delivered to you by post. Two of them are 4 kilograms, and the other two are 2 kilograms.

These dumbbells are fairly cheap ($45 not including delivery costs), and the option of buying them over the Internet makes getting them convenient. The problem is that the handles are made of steel and feel cold and rough against your palm. This is easily fixed, however, by wrapping a piece of blank paper around those handles.
Posted by Norak at 9:24 AM No comments: 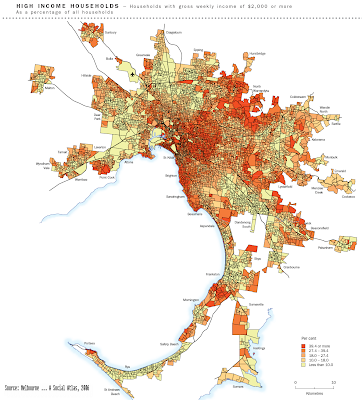